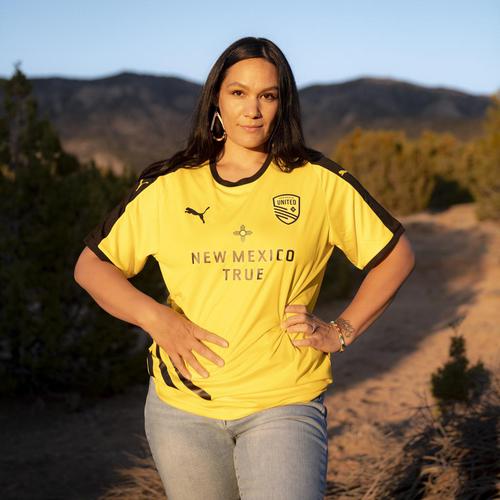 Gathering of the Tribes Summer Sessions

Talks covered by this speaker

Raised on the Kiowa/Comanche/Apache (KCA) reservation in Oklahoma, Adrianne Chalepah has been getting in trouble for her mouth as long as she can remember. In 9th grade, she was suspended from public school for being a class clown. After landing at Riverside Indian School in Anadarko, Oklahoma, she learned to put her energy elsewhere, taking on a leadership role in the school’s “Close-Up” program, wherein she traveled to Washington, D.C. every year. Upon graduation, she enrolled at Fort Lewis College in Durango, Colorado, where she entered the world of stand up comedy. She graduated “Magna Cum Laude” with a Bachelor’s Degree in Mass Communications and Indigenous Studies. After college, Chalepah met her mentors 49 Laughs Comedy, and she was asked to join them on tour in 2010. During a decade plus of professional stage experience, some highlights include opening a campaign event for First Lady Michelle Obama, and eating dinner with the Schimmel sisters. She is the founder of the indigenous femme comedy troupe, Ladies of Native Comedy. She began acting in college, starting with her boyfriend’s music videos, wherein she got to play a zombie, and full-on committed. Since then, she’s been lucky to be featured on many projects, including Peacock’s new hit show, “Rutherford Falls.” She also became a published author with the release of “Funny Girl,” an anthology of women comics and writers; she wrote the final chapter of the book. She is currently studying at the Institute of American Indian Arts in Santa Fe, NM for an MFA in Screenwriting. Adrianne Chalepah is an enrolled member of the Kiowa Tribe of Oklahoma and a member of the Apache Tribe of Oklahoma. Chalepah is the direct descendant of Set’tainte (White Bear) and Tsa-Toke (Hunting Horse), who famously defeated Kit Carson in the First Battle of Adobe Wall in 1864, and she needs everyone to know. You can stream her performances on Hulu, Netflix, Amazon, and Peacock.

Your logo could go here!

If you'd like to get your brand in front of attendees following the categories this speaker is talking about (on this page, via email and during each talk) contact us.
We use cookies This website (and some of its third-party tools) use cookies. These are important as they allow us to deliver an exceptional experience whilst browsing the site.